Ron’s GTR has undergone quite the transformation since he first purchased it in late 2010 from an Ontario importer called Right Drive. Never expecting to get posted to Cold Lake, Alberta, Ron found himself in a town full of trucks and classic cars as the JDM scene was limited. That was not going to stop him from modifying his newly acquired GTR. Adding to some of his modifications included coilovers and opting for some Bronze Work Meister S1R’s in 18×10. Below are some photos captured after a 780Tuners Edmonton event as a parking garage was conveniently in the area.

The 780Tuners season opener is always a great time with a variety of vehicles in attendance. What better way to end the night but to go for an unofficial photo shoot. Heading to the inside of the GTR, the interior has been adjusted to Ron’s taste, including Bride Euro 2 seats, a Nardi steering wheel and Nismo floor mats. 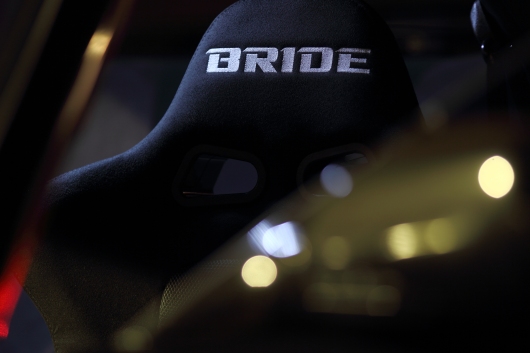 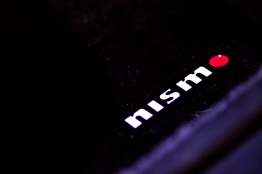 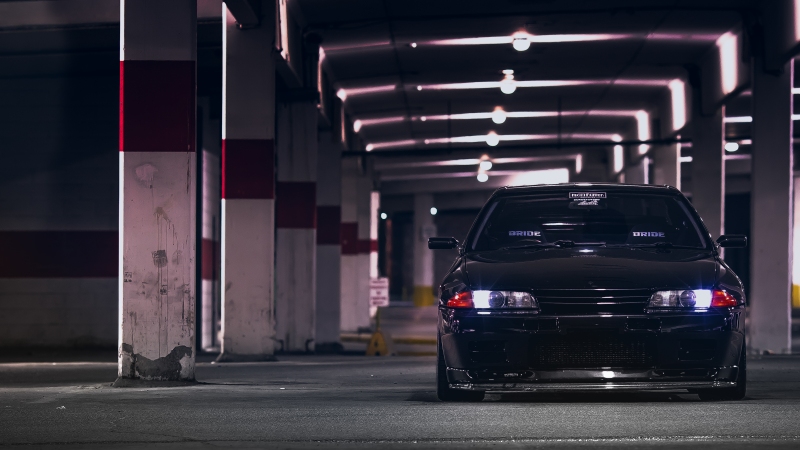 Nothing has been kept stock on this car as we move to the engine and exhaust. New for 2016 was a Kakimoto Regu 06&R exhaust system that really woke the RB motor up. Among much of the motor work done, Ron wanted to add some personality to the engine bay so the valve covers were custom painted by himself. 2016 led to new turbos and some other upgrades/maintenance under the hood and 2017 will bring a tune to make sure everything is running optimally. 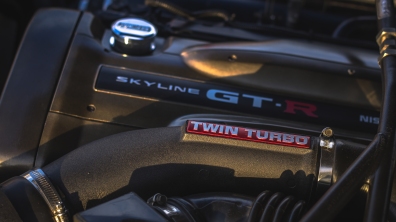 Making our way to the rear of the vehicle 2016 also brought to light the new ZLED tail lamp conversion installed by Ron. Having a stock GTR wing for some, would be sufficient; but for this GTR, a Rocket Dancer gurney flap was installed with a Nismo badge. To Finish it off, updated R34 GTR badges were added to the exterior in placement of the originals. 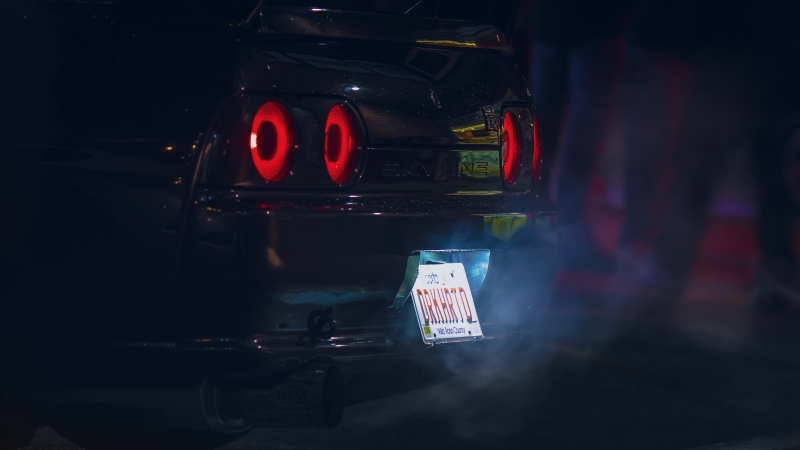 Finishing up, is another look at the Bronze Work Meister S1R’s. While these were supposed to have an anodized lip for that extra pop, these wheels look fantastic on this Black GTR especially with the R40 Project Kics lugs. 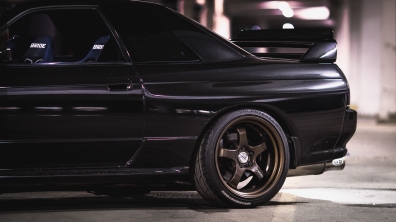 Be on the lookout for Ron’s R32 GTR at the Alberta shows in 2017 with plans to be in attendance at the 780Tuners season opener, Driven Calgary and summer weekends on the Edmonton streets. Sometimes can be seen frequenting the local coffee shops in Cold Lake.

For additional information follow the link to the original journey and build progress of Ron’s Nissan here: